David James Hearne is an award winning author who has written two novels, a book of short horror stories and two non-fiction books. He was born in Bellows Falls Vermont the second child of James and Theresa Hearne. Part of his childhood was spent in Charlestown, New Hampshire. The small town that was featured in his novel, "Hulagu's Web – The Presidential Pursuit of Senator Katherine Laforge." David's family maintained a family home in Charlestown, NH. However, much of his youth was the itinerant life of an army dependent accompanying his father, an army officer, to the various military installations he was assigned. David's life of moving from one military installation to another, offered him a broader view of the world than was available from his idyllic hometown of Charlestown, New Hampshire.

His father's military assignments introduced him to diverse cultures and views as he adapted to life in places like Blackstone, Virginia, Washington D.C., Leesville, LA., Wrightstown, N.J., Tirrenia, Italy and Charlestown, N.H.. A principle lesson he learned at an early age from his frequent moves from the north to the south was that social truths are simply beliefs unchallenged and pragmatic to those who espouse them. He came to recognize how easily views are shaped and forged into irrefutable truths by peers, authority figures, and vocal vacuous celebrities. This exposure to the divisiveness of often opposing views from one locale to the other taught him the need of a good command of history to help analyze and make conclusions in social matters that are so subjective.

He has had many life experiences that have helped shape his views and understanding of the world. He has been an Army Officer and seen death many times. His upcoming book on his experience in Vietnam will address some of those experiences. Besides being in the military, he has experienced other careers including selling insurance, being a general contractor, managing a restaurant, running a car rental agency, being a software programmer and running his own consulting company.

In the 1990's after David published the book "Enable Command Performance" he spent many months on the seminar circuit appearing in most of the major cities. In San Diego, his 1991 seminar coincided with the 6-day period of rioting and murder of 54 people triggered by part of the aftermath of the arrest of Rodney King in Los Angeles, Ca. He experienced a firsthand glimpse of violent rioting and felt the societal pressure to express his feelings in only the politically correct vernacular of the media.

David has won awards for his work from his local press club and from numerous literary competitions in America and England. He has received a total of five awards for his newest novel, "The Christmas Special." He also has received one award for "Bloodstained Tales of Sin and Sex," his book of short horror stories. 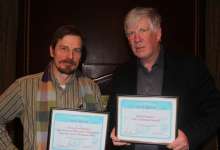 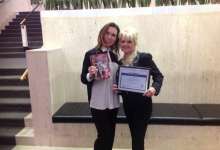 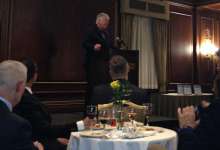 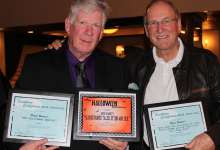 David and Steve Snyder winners at the Hollywood Book Festival. 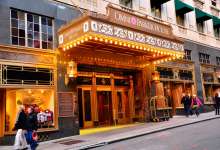 The Omni Parker House in Boston, MA was the site of the book festival. 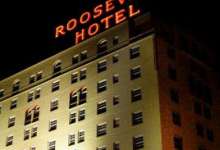 The famed Roosevelt Hotel was the site of the event in Hollywood, CA


David enjoys reading, listening to audiobooks and life's new adventures. He and his wife Stacie love to travel and view the world with their own eyes and form their own conclusions on the events and happenings of the world we live in.

David is happily married to his inspiring wife, Stacie. They have three children, Scott, Alex and Lyndsey and a bunch of cats. Currently they live in the town of Lumberton, Texas, at their beautiful Bed and Breakfast Inn, Book Nook Inn. The Inn is another venue to meet and learn more about people, cultures and religions. David enjoys meeting his fans at Book Nook Inn – bed and breakfast and discussing world events, how to write, or how much you despised his novels.